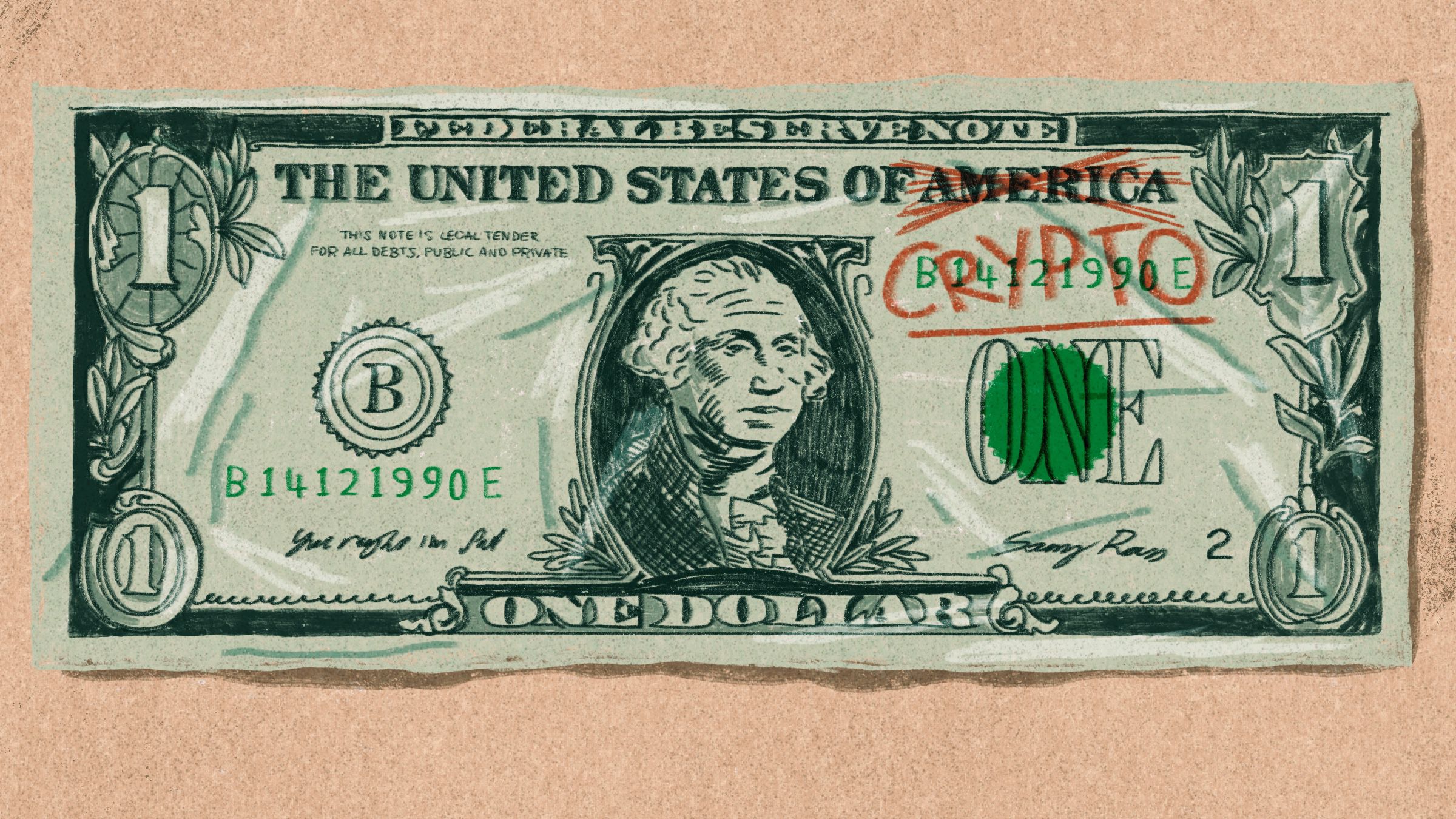 As they say, change is hard. In a dynamic digital world, it’s tempting to protect ourselves from the pressure of change by simply refusing to acknowledge it and clinging to the status quo. But while that approach may feel comfortable, it’s a poor way for policymakers to manage a national strategy.

Thankfully, there’s another way: embrace change and use it to our advantage.

Jake Chervinsky is head of policy at the Blockchain Association.

When it comes to stablecoins, a rapidly developing type of digital asset, Americans are at an inflection point. Many of us want to embrace stablecoins and use them to improve both the financial system and our competitive standing in the world. Others – particularly those working for legacy institutions – want to stop stablecoin innovation in favor of a central bank digital currency (CBDC) built and controlled by the federal government.

It’s imperative that we support stablecoins and reject a CBDC. Here’s why.

Stablecoins, like other digital assets, run on decentralized public blockchains, meaning anyone can use them without having to rely on a middleman or trusted third party. Unlike other digital assets, stablecoins are designed not to fluctuate in value, instead seeking to track the value of a fiat currency like the US dollar. This means stablecoins aren’t subject to market volatility; they work as a digital version of cash.

CBDCs are similar to stablecoins in tracking the value of a fiat currency, but the similarities more or less end there. Rather than running on permissionless public blockchains, CBDCs are managed by a single central authority with the power to surveil, censor and exclude users. And rather than being developed openly by the private sector, CBDCs are the proprietary creations of government entities.

At last count, more than 80% of central banks were weighing their own form of digital currency, and some had already launched pilot projects. One of the most notable examples is China, which recently cracked down on bitcoin and other digital assets in favor of its CBDC, the digital yuan. Already, roughly 140 million people have opened wallets for the digital yuan.

Some policymakers in Washington are considering whether we should copy China’s example and launch our own competing CBDC. While it’s critical for us to maintain our competitive edge in the digital era, a CBDC is the exact wrong way to achieve that goal.

First, to strengthen the dollar’s dominance as the global reserve currency, our main priority should be to spread dollars far and wide – to make them available to anyone and everyone around the world.

For generations, central banks and financial institutions have held dollars more than any other currency. Yet, in 2020, that number dwindled, falling below 60% for the first time in over 20 years. This drop led famed investor Stan Druckenmiller to warn that he believes the dollar could lose its global reserve status within 15 years.

Stablecoins, on the other hand, are booming. The total supply of stablecoins in circulation grew from under $6 billion at the start of 2020 to nearly $140 billion today. Stablecoins are already expanding the reach of the U.S. dollar, but if the government were to restrict stablecoins in favor of a CBDC, that trend could quickly reverse. If our priority is to spread dollars to every corner of the planet, the best way to succeed is to support the proliferation of stablecoins developed by the next generation of innovative American companies.

Second, we should seek to maximize the contribution of our vibrant and experienced private sector, rather than sidelining it in favor of a centrally-planned government project. While other nations like China might give their central governments total control over emerging industries and technologies, that is decidedly not the American way.

We owe much of our geopolitical strength – and the robustness of our financial markets – to our economic principles of free and open markets, in which our entrepreneurs and companies compete to develop the best products and services possible. That’s exactly what we’re seeing in the stablecoin market now, with the vast majority of leading stablecoin projects home-grown here in the U.S.. This is what our private sector does best.

As Federal Reserve Governor Randal Quarles explained, “A global U.S. dollar stablecoin network could encourage the use of the dollar by making cross-border payments faster and cheaper, and it potentially could be deployed much faster and with fewer downsides than a CBDC.”

Rather than stifling private sector innovation, the government should set common-sense rules of the road that enable innovators to build a responsible, efficient system.

Third, a financial system subject to total control by the government would jeopardize Americans’ fundamental rights to financial freedom and privacy. These issues have come to the forefront in recent years, as the combination of cybersecurity breaches and surveillance capitalism have revealed a dire need for data privacy protection. The last thing we need now is put all of our financial transactions in a centralized database maintained by the government, particularly after the SolarWinds hack showed that even government-held data may not be secure.

This isn’t just a minor concern; it’s an issue of constitutional import. Except in limited cases, the Fourth Amendment to the U.S. Constitution requires the government to obtain a warrant before it can search a person’s records. The fundamental right to privacy is a prized American civil liberty and an essential feature of a functioning free society. It’s what separates a nation like the U.S., which respects its citizens’ autonomy and dignity, from one like China, which has exploited technology to create a dystopian surveillance state.

Not everyone sees it this way. For some policymakers, stablecoins – like other digital assets – represent a threat to what they perceive as their rightful hegemony over the financial system. For example, SEC Chair Gary Gensler recently said that “the use of stablecoins . . . may facilitate those seeking to sidestep a host of public policy goals connected to our traditional banking and financial system.” In this instance, Chair Gensler has it backwards: The best way to achieve our public policy goals is to support stablecoins, not slow them down.

We’re at the beginning of a revolutionary change to the global financial system thanks to the rise of digital assets running on public blockchains. Although it may not feel comfortable, the best way for us to safeguard America’s financial future is to embrace this new technology and put it to work on our behalf.

Stopping stablecoin innovation to make way for a CBDC would not only contradict our principles. It would harm American consumers, companies and competitiveness.

Media Is Adopting A Bitcoin Standard